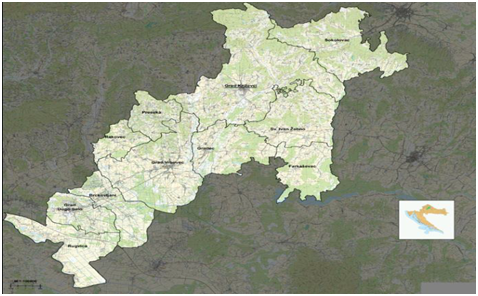 The Local Action Group Prigorje is an organization established on the 6th of June of the year 2012 with the aim of improving the quality of life in the rural area by connecting local stakeholders from the civil, public and economic sectors. The work of LAG Prigorje is based on the LEADER approach “Links between actions in rural development”. LAG Prigorje area of influence is 1.128,23 km2 in the north-western part of Croatia and includes 11 local self-government bodies – 3 cities and 8 municipalities. The northern part of the LAG Prigorje consists of local self-government units from the Koprivnica Križevci County: the City of Križevci, the municipalities of Sokolovac and Sveti Ivan Žabno, while the southern part of the LAG Prigorje includes parts of the Zagreb County: the cities of Dugo Selo and Vrbovec and the municipalities of Brckovljani, Gradec, Farakaševac, Preseka, Rakovec and Rugvica.

The strategic objectives of LAG Prigorje are: