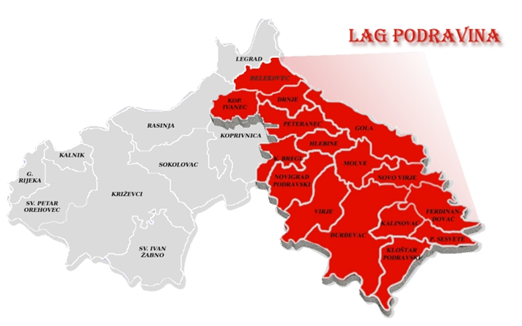 Immediately after the Founding Assembly, activities began on the development of the Local Development Strategy of the LAG Podravina. Respecting the LEADER approach, members of the public, civil and private sectors participated in the development of the Strategy. Between the 5th and 28th of November 2012, 9 workshops in total were organized, three for each sector.

The goals of LAG Podravina are: